There’s a reason why hurricane impact windows Fort Lauderdale are popular among homeowners and businesses.

For Lauderdale, a famous tourist destination in South Florida located on the Atlantic coast, famous for its majestic canals and crystal clear beaches, has a history of battling violent storms that have ravaged its city, causing massive damage to property and resulting in a major loss of lives.

On September 4, 1947, Fort Lauderdale experienced one of the most powerful hurricanes the city had ever known.  It was classified as a Category 4 hurricane that brought in strong, destructive winds traveling at approximately 127 mph.  It also brought debris, rain and water surges causing havoc among the city’s local residents and tourists.

The hurricane ruined the beautiful coastal region of Fort Lauderdale in one swift motion, causing   extensive flooding in the city’s hardest hit areas.

Crops, fields, homes, businesses, establishments and other property in Fort Lauderdale were destroyed, leaving many people homeless and distraught.  The storm’s total property damage was calculated at approximately $110 million.

But the most tragic of all was the loss of lives.  A total of 51 people had lost their lives during the storm.

But while the losses were massive, the Category 4 storm’s impact on Fort Lauderdale was considered minimal and the extensive preparations done by the state of Florida was given much credit.

Today, Fort Lauderdale continues to be prepared for any possibility of a catastrophic hurricane making landfall anytime in the city.  Safety systems had been put in place and technology had been tapped more than ever to aid in creating the best possible protection for the city and its inhabitants from such seemingly uncontainable forces of nature.

Hurricane impact windows Fort Lauderdale are the most utilized means of home and property protection from hurricanes in the city at the present time.

Homeowners and businesses with commercial property in Fort Lauderdale ensure that their homes and property are equipped with the most reliable hurricane protection system that would bear the impact of powerful storms, keeping their precious investments safe and intact.

Impact resistant windows Fort Lauderdale are up for the job of protecting homes and property from the harshest weather conditions even the most powerful storms are expected to bring.

We at Guard Impact Window & Door have been providing hurricane impact windows Fort Lauderdale for the city and its homeowners and businesses for more than five decades now.

We have state-of-the-art technology ensuring that we only provide our valued customers the best products for the safety of their homes and property.

We also have a team of experts who are experienced, well-trained and knowledgeable in the installation of our top-rated hurricane protection systems who will guide, assist and involve you in the process every step of the way.

Call us today to discuss promotions we have for impact resistant windows Fort Lauderdale. 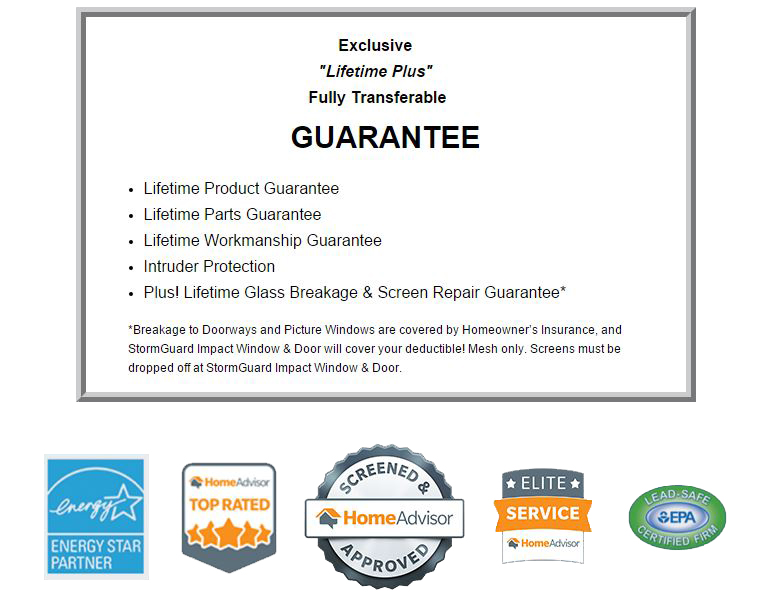